The Baton of Hope is unprecedented – it is, as its founders intended, fast becoming the UK’s largest ever suicide prevention initiative. As such, it deserves an iconic device that can serve as a unifying symbol for the campaign. We need something that represents the desperately serious and highly-charged subject of suicide, while at the same time promoting the ocean of hope and optimism at the heart of the mission.

For an inspired and elegant solution to this challenge, the Baton of Hope Organisers gratefully accepted an offer from Thomas Lyte, goldsmiths and silversmiths to the late Queen Elizabeth II, and makers of the Emirates FA Cup and other exquisite trophies.

The Baton is not just a beautiful blend of precious metals. Nor is it simply a skilful piece of design craftsmanship. Its inherent value is its visual link with the vitally important objectives of the ‘Baton of Hope’ movement.

Everything about the design is directional, pointing upwards from the foot to the top of the Baton. This represents a journey of hope – of moving bravely away from the darkness of despair and, with encouragement and support, discovering a way into the light and a brighter future.

The fluted column that is the handle symbolises strength and determination that is not easily crushed. It is this section where the Baton is handed from one person to another – a shared responsibility to support the Baton’s weight as they forge a solid and robust handover. This tactile connection is a tangible reminder of how much we need each other, and of how passing the Baton with care is a critical part of life-saving interventions. 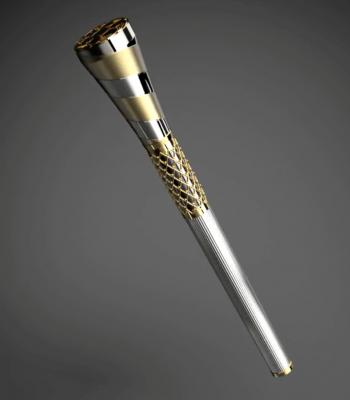 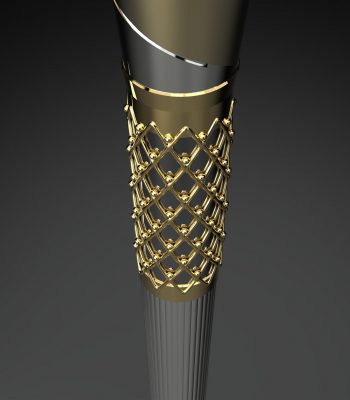 Halfway up the Baton is what looks, at first glance, to be simply decorative lattice work.  But this is a significant element of the design representing, on closer inspection, a myriad of people holding each other aloft.  Whether you consider this to be family, friends, health professionals, charities or fundraisers, this is you, and us, and everyone we know. This is a community working as one team with the same singular objective – to help those at risk to rediscover hope.

Assisted by this community network in gold, the spirals above rise up in silver and gilt. These twists and turns represent the steady, supported climb out of despair. The silver spiral embodies strength and support, while the gilt spiral depicts the hope-inspiring golden spirit of the community. 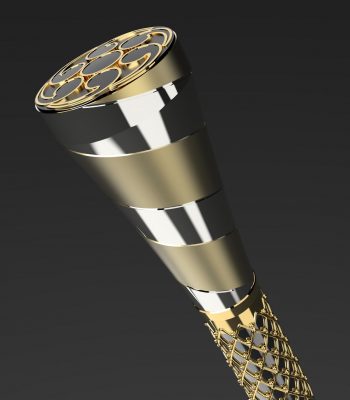 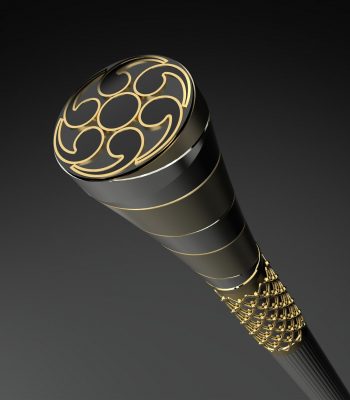 The top of the Baton is designed around the semi-colon device. This has become an important and increasingly-recognised symbol of suicide prevention and support: the semi-colon – a device that gives pause. Instead of ending a sentence, the writer uses a semi-colon to continue on. So, with the vital support of us all, an individual may choose not to end their life … and continue living, discovering hope once more.

There is Hope. If more people talk openly about mental health and suicide, spot the signs, ask the right questions, and listen without judgement, we can all make a difference. By designing, handcrafting and donating a Baton with such inherent power and meaning, the team at Thomas Lyte is making a difference.

Who is Thomas Lyte?

Thomas Lyte is a Royal Warrant holder as silversmiths and goldsmiths to the late Queen Elizabeth II. They are passionate about bold design in precious metals, and specialise in custom commissions for both private clients and leading organisations, boasting unmatched credentials in the world of sport and international elite sporting trophies. They are responsible for some of the world’s most iconic trophies, including the Emirates FA Cup, the Rugby World Cup, the ATP Finals Trophies, and golf’s Ryder Cup.

Thomas Lyte’s CEO, Kevin Baker, was approached by a shared connection with Mike McCarthy who explained the Baton of Hope’s mission. He described the charity’s need for a symbol – a physical baton that can represent the movement’s core values, and the community’s responsibility to support those who are struggling with their mental health and considering taking their own life. The sheer number of preventable suicides in the UK surprised everyone at Thomas Lyte.  Impassioned by this, Kevin met with Baton of Hope co-founders Mike McCarthy and Steve Phillip to express Thomas Lyte’s wholehearted support from all of the team.

Thomas Lyte has designed and is handcrafting a Baton which the firm is donating to the Baton of Hope in support of its mission.